Home » News » The Burden of Being ‘On Point’ (The Atlantic)

The Burden of Being ‘On Point’ (The Atlantic) 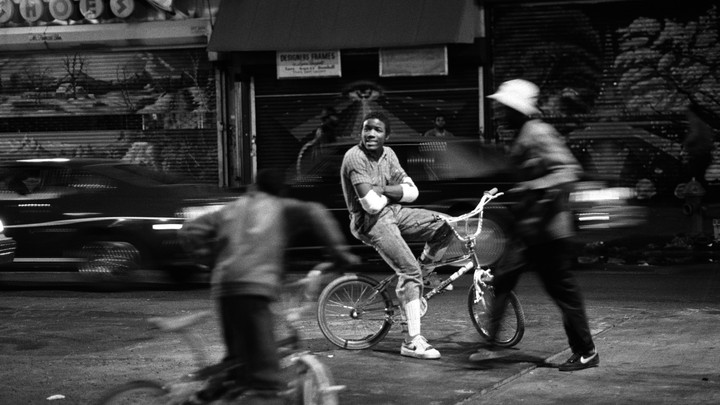 Social workers and educators who see young people—especially Black boys who live in poor, segregated neighborhoods—react aggressively, become irritable, or have trouble concentrating often identify such behavior as maladaptive. But new research, led by Noni Gaylord-Harden, a clinical psychologist at Texas A&M University, proposes that the young people’s behavior is a rational response to their environment and helps keep them safe. Her findings suggest that instead of focusing on these behaviors—identifying them as pathologies to be punished or symptoms to be treated—policy makers need to recognize them as adaptive and work to change the inequitable environment that produces them.

Gaylord-Harden’s study builds upon the work of scholars such as Jocelyn Smith Lee, an assistant professor at the University of North Carolina at Greensboro, who in 2013 launched a project investigating trauma, violence, and loss among Black men. She partnered with mental-health clinicians at a GED-prep and job-training center in East Baltimore. Her goal was to recruit 40 Black men ages 18 to 24 to participate in a loss, grief, and bereavement group. At the beginning of the program, Lee gave each participant a timeline and asked him to mark the year someone he knew had died and indicate which of those people had been killed.Lee quickly found a pattern in these “chronologies of loss.” On average, the young men knew three people who had been killed—one young man named 10 family members and friends. Eleven participants had witnessed a loved one’s murder. In many cases, the homicides came in back-to-back years but sometimes in sequential months. Their frequency raised an urgent question: What does it mean for a group of young men to figure out who they are when their peers are being killed?

In East Baltimore, where all the signs of disinvestment and vestiges of segregation remain, the young men developed coping strategies for the violence they had witnessed. They became hypervigilant, testy, and aggressive. To Lee, these scanned as classic signs of PTSD, except for one aspect. “In the mental-health community, we use the language of post-traumatic stress,” Lee told me. “But there isn’t a ‘post’ context for this group of young men. This is happening where they live.” When she asked one young man whether he recognized that this was what he was experiencing, his answer was straightforward: “You have to be on point,” he said, otherwise he might be next.

Shortly after Lee’s findings were published, in 2016, Gaylord-Harden, who was then a professor at Loyola University of Chicago, wondered what those findings might mean for Black boys. How did they experience being “on point”? She and her colleagues studied 135 Black high-school boys in Chicago and measured their aggressive behaviors, physiological hyperarousal—the body’s heightened response to trauma—and their exposure to community violence at two different times over a year. Eighty-five percent of the boys reported symptoms of hyperarousal, the most common being heightened vigilance. The young men who reported being more acutely aware of their surroundings were also less likely to witness violence. “Being vigilant and careful allowed them to avoid situations that could potentially become dangerous or locations where they thought that violence might happen in the community,” Gaylord-Harden told me.

But the researchers also found something they didn’t expect. “Surprisingly,” they wrote, “such cautious avoidance tactics … did not necessarily protect [the boys] from experiencing violent victimization.” It turns out those who were less likely to be victims of violence—including by the police—were not only vigilant; they also showed a willingness to respond aggressively to perceived threats. Too frequently, young people  see efforts to curb such behavior as unhelpful and tune them out. “We have to ensure our interventions are contextually relevant,” Gaylord-Harden told me.

Gaylord-Harden is cognizant of how easily the report could be misconstrued. “There’s no shortage of folks ready to use these findings to support racist policies and dangerous stereotypes,” she said. “I always emphasize that this is not a criminal-justice issue. We need to work to understand what these young people have experienced rather than punishing them for how they react to it.” Put simply, the very behavior that may protect these young men has also historically led to their introduction to the carceral state. If a young person, for example, is hypervigilant while taking a bus to school but does not have time to calm down once they’ve arrived, their difficulty concentrating might be perceived as a behavioral problem rather than a reaction to stress. The young person in turn might be sent to the principal’s office, suspended, or expelled. (Recent federal data bear out this scenario: Black students make up 15 percent of K–12 enrollments nationwide but 31 percent of expulsions.) “These behaviors that we see and that we sometimes pathologize are not rooted in Blackness or the Black experience,” Gaylord-Harden told me. “They’re rooted in traumatic stress.”

When I asked Gaylord-Harden the obvious question—how do we begin to address community violence to eliminate the need for a trauma response?—she pointed to efforts such as Houston Peace, a nonprofit in Houston, Texas, that focuses on decreasing youth violence. Its multipronged strategy includes mental-health counseling and rehabilitation through community activities rather than punishment. She also highlighted the Center for the Prevention of School-Aged Violence, in Philadelphia, which is doing the same. But her larger answer sounded remarkably familiar. In fact, most of her recommendations can be found in the reports of the 1947 Truman Commission or the 1968 Kerner Commission. “We understand the drivers of violence—poverty and economic insecurity, unemployment, lack of resources, especially now during the pandemic,” Gaylord-Harden told me. As such, the solutions to preventing violence include affordable housing, jobs that pay a living wage, better-funded schools; in short, the solution is to change the environment that produces such trauma.

ADAM HARRIS is a staff writer at The Atlantic and the author of the forthcoming book The State Must Provide.